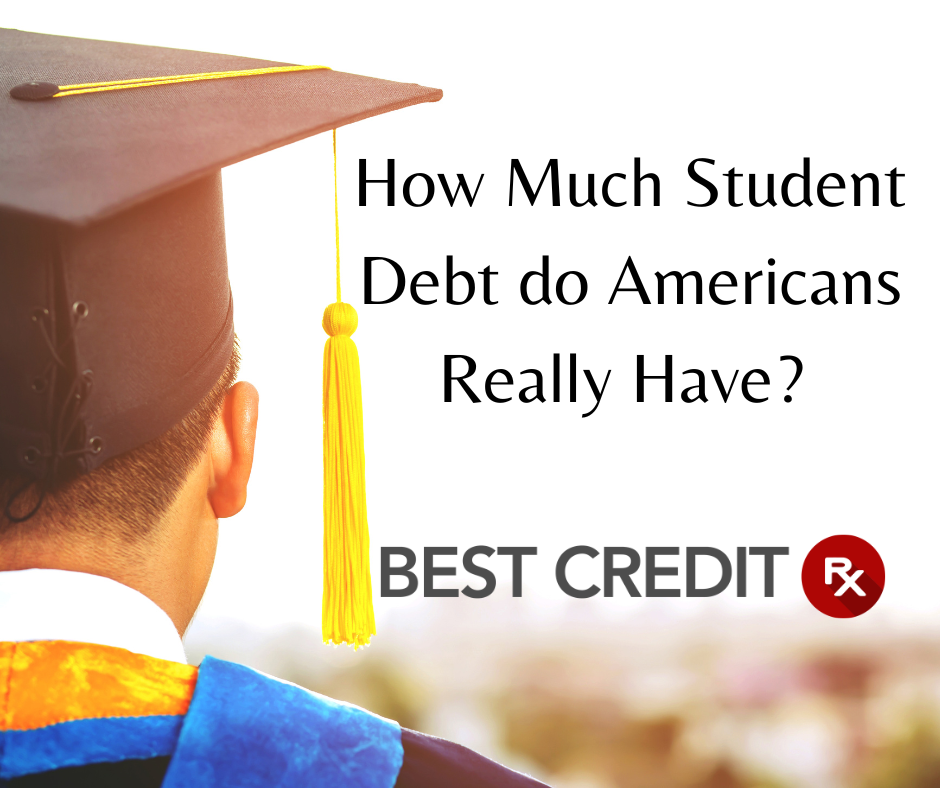 How Much Student Debt do Americans Really Have?

Financial people often talk about the student debt crisis in America. Millions of people of all ages are struggling under the weight of student loans with high-interest rates that feel impossible to pay off. With a lot of talk about debt forgiveness, what do we know about student loans? Here is a quick background on the problem and the potential solutions.

History of Student Debt in the U.S.

For much of our nation’s history, higher education was something only the wealthiest Americans could afford. Harvard University started the first loan program in 1840, and it wasn’t until 1867 that the U.S. Department of Education was formed. However, its earliest mission didn’t include student loans. In 1944, the first G.I. Bill was created to help returning World War II veterans attend college, typically for free.

We can thank the Cold War for introducing student loans across the board in the U.S. In 1958 the National Defense Education Act was passed to keep the U.S. competitive with other countries, especially the Soviet Union. Several other programs developed after that, and student loans became much more common to pay for education.

However, in 1992, when FAFSA was introduced in an effort to make access to educational funding simple, things changed. Along with the Direct Lending Program and unsubsidized Stafford loans, students were now responsible for interest costs while in school. And in 1993, the government began direct lending programs rather than going through private institutions.

There have been several changes since the 1990s; however, none of them improved student debt problems and by 2008 outstanding student loan debt was $639 billion.

Exponential Growth of the Cost of Education

Astronomic increases in education mean more people have to take out loans to attend university. Federal student loan debt is currently at $1.6 trillion, and around 43 million borrowers own it.

Who Has the Most Student Debt?

Young people are more likely to have student debt, but that doesn’t mean older adults are immune. Currently, 14.9 million people between 25 and 34 owe $500 billion. 14.4 million adults between the ages of 35 and 49 owe $622 billion. There are 2.4 million people over 65 who owe a total of $98 billion. These numbers represent federal student loans, though there is still outstanding debt for those who have private loans, though they make up only 7.6% of education debt.

Best Credit RX offers student loan rehabilitation services to negotiate with the Department of Education to get your loans out of default and back into good standing. Learn more by signing up today.